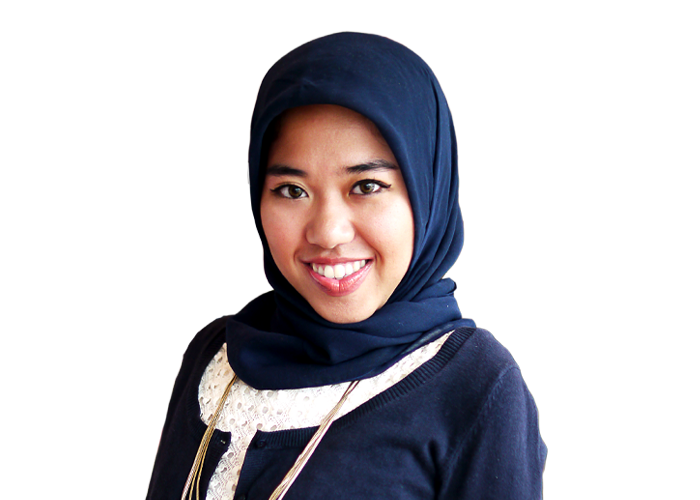 Area of Practice
Capital Markets Foreign Direct Investment Mergers & Acquisitions
Qualification
Education Licensed
Aisyah came to Assegaf Hamzah & Partners as a fresh graduate in January 2010 and has just spent the recent year between June 2014 and August 2015 pursuing her master's degree in the US. Her outstanding potential in law school has been more than realized at AHP, and she is rapidly establishing a name for herself as a skilled and dedicated lawyer.

Aisyah received her Master of Law degree as well as a Certificate in Business Administration from the Northwestern University School of Law and Kellogg School of Management in Chicago, Illinois. She was awarded a full scholarship from the Indonesia Endowment Fund for Education (LPDP) and the Northwestern School of Law Dean's Fellowship Program in summer 2014. She was in the Dean's Honors List during her spring semester at the law school.

While studying for her undergraduate law degree at the University of Indonesia majoring in law and economics, Aisyah served as the vice president of the International Board of the Asian Law Students Association (ALSA). She was also an outstanding success in mooting competitions, and had participated in the Willem C. Vis International Commercial Arbitration Moot Competition in Vienna, Austria.

Aisyah's early assignments at AHP were mostly in capital market and foreign investment transactions as well as merger and acquisition deals across industries. Upon returning from Chicago, Aisyah has been exploring new challenges as part of the banking, corporate finance and project finance team. Her current wide-ranging exposure to various types of deals and industries, as well as graduate training in a top US law and business school, has leveraged Aisyah as well-rounded lawyer equipped with advance skills in both legal and commercial transactions.

Aisyah holds an advocate's professional training certificate from the Indonesian Bar Association (PERADI), of which she is an active member. Despite her busy schedule, she also finds the time to serve as the secretary of the AHP Foundation, which is established by the firm for philanthropy activities. Aisyah possesses a strong entrepreneurial spirit and wishes to become a successful entrepreneur herself one day. In her free time, she enjoys traveling and soaking in cross-cultural experiences.