The Minister of Agrarian and Spatial Planning Affairs has issued a regulation (the “New Regulation”)i  to further clarify the rules governing the ownership of real property by non-Indonesians, as set out in Government Regulation No. 103 of 2015ii  (“Reg. 103/2015”) (for a full discussion of Reg. 103/2015 and land titles in Indonesia, see AHP Client Update of 20 January 2016, https://www.ahp.id/client-update-20-january-2016). The New Regulation, which was issued on 21 March 2016, reiterates the restrictions contained in Reg. 103/2015, and in addition sets minimum price thresholds that must be satisfied before a non-Indonesian may purchase a property. On a somewhat more positive note, it stresses that Hak Pakai (Right to Use)iii  property may be pledged as collateral.

In accordance with Reg. 103/2015, the New Regulation provides that non-Indonesians may only purchase/own dwelling houses or apartments constructed on Hak Pakai land. Further, such houses or apartments must be new and must be purchased directly from the developer or land owner, rather than on the secondary market.

In addition, the New Regulation sets out minimum price thresholds (which vary from one part of the country to another) that must be satisfied before a non-Indonesian may acquire a dwelling house or apartment (see tables 1 and 2 below). While there is nothing in the New Regulation that expressly states whether these price thresholds are based on taxable value (NJOP) or market value, we believe it is most likely to be market value.

As stipulated in Reg. 103/2015, the right to own a dwelling house or apartment is granted only to non-Indonesians who are lawfully resident in Indonesia, which we believe means holding a valid residency permit. Similarly, the right to inherit such property is also dependent on residency. Thus, in a situation where Mr. A, an Indonesian-resident British national who owns a property in Jakarta, has only one heir who is not a resident of Indonesia, the heir will be prohibited from inheriting Mr. A’s Jakarta property. The New Regulation makes it clear that the question of whether or not an individual is lawfully resident in Indonesia will have regard to the opinion of the Ministry of Law and Human Rights.

In circumstances where the property owner is no longer resident in Indonesia, or his/her heir is not an Indonesian resident, the property must be assigned within one year to a party that is entitled to own it. Should this not happen, then the property will (i) be auctioned by the state (in a situation where the Hak Pakai has been issued over state land), or (ii) revert to the ultimate land owner or title holder (where the Hak Pakai has been issued over Hak Milik (freehold) land or Hak Pengelolaan land).

The New Regulation provides that a non-Indonesian’s ownership of a dwelling house or apartment constructed on Hak Pakai land may be pledged as collateral for a loan by means of a real-estate hypothec (Hak Tanggungan, the Indonesian equivalent of the common-law mortgage). However, it also stipulates that any such pledge is subject to the consent of the owner of the Hak Milik or Hak Pengelolaan, where the Hak Pakai has been issued over Hak Milik or Hak Pengelolaan land. Despite this restriction, the ability to pledge Hak Pakai land as collateral would at first sight appear to be a step forward as one of the principal difficulties regarding Hak Pakai in the past was that it could not be used as collateral. However, given the other weaknesses inherent in Hak Pakai, whether such titles will be acceptable as collateral to the banking sector remains to be seen.

5. One Step Forward, Two Back?

While the General Elucidation on Reg. 103/2015 speaks about the “facilitation” of property ownership by non-Indonesians, the reality is that neither Reg. 103/2015 nor the New Regulation do much in the way of “facilitating.” This should, of course, come as no surprise given the tight restrictions imposed by the Agrarian Law (No. 5 of 1960) on property ownership by non-Indonesians, as explained in our Client Update of 20 January 2016.

But besides this, Reg. 103/2015 and the New Regulation appear in some ways to be removed from reality. Firstly, the high thresholds imposed by the New Regulation are likely to deter many foreigners resident in Indonesia from purchasing real property here, especially given that they can only acquire a relatively weak title.

Secondly, the actual situation on the ground is that it is difficult to find apartment complexes and residential homes that are constructed on Hak Pakai land. Thus, even if a foreigner is willing to pay Rp 10 billion for a dwelling house or Rp 5 billion for an apartment in Jakarta, he or she is going to find it difficult to identify a suitable property.

Minimum Price Thresholds for Ownership of Dwelling House by Non-Indonesian

Minimum Price Thresholds for Ownership of Apartment by Non-Indonesian 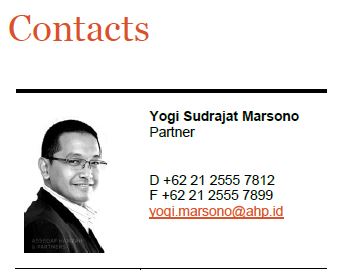