More Companies are Fined by KPPU For Late Notifying Their Transactions

Although the Merger Control Regulations have been in place for eight years, it appears that some big companies are still unaware of their obligations to notify certain transactions to the Komisi Pengawas Persaingan Usaha (“KPPU“), the Indonesian competition commission. In February 2018, KPPU imposed fines on the following two companies for their late notifications on the below transactions:

The above companies only filed the notifications upon a reminder letter from KPPU, which is usually received long after an acquisition has been completed. According to:

Facts of the Cases

The Plaza Indonesia/Citra Asri acquisition was legally effective on 4 November 2014. The combined assets and sales of the parties exceeded the statutory thresholds. However, the notification was only made to KPPU on 13 May 2016. Therefore, it was 345 days past due according to the KPPU press release. This sets the record for longest period of failure to notify to date.

Similarly, the Nirvana Property/Mutiara Mitra acquisition exceeded the statutory thresholds. The transaction was legally effective on 29 December 2015, but was notified to KPPU on 7 October 2016. Therefore, according to the KPPU press release, the notification was 161 days late and represents the second longest period of failure to notify to date. 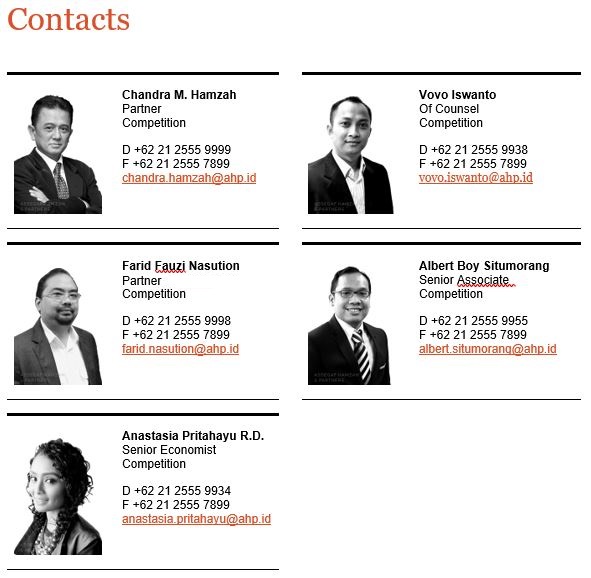