Committing to a Greener Future: Indonesia Embraces the Implementation of Carbon Economic Value

On 29 October 2021, shortly before the 2021 United Nations Climate Change Conference (COP 26), Indonesia issued Presidential Regulation No. 98 of 2021 on the Implementation of Carbon Economic Value to Achieve Nationally Determined Contribution Targets and Control over Greenhouse Gas Emissions in Relation to National Development (“Regulation”). The Regulation builds on Indonesia’s ratification of the Paris Agreement (via Law No. 16 of 2016), under which Indonesia expressed its hope to better manage the impact of climate change and stated its commitment to reduce greenhouse gas emissions and to achieve the nationally determined contribution (“NDC”).

The Regulation prescribes mitigation and adaptation actions as the two main methods to tackle climate change and to achieve the NDC. It also introduces the concept of “carbon economic value” (nilai ekonomi karbon) – it develops a regulatory framework on carbon pricing and carbon trading arrangements (including registration and valuation, economic incentives, and carbon levies and taxes) and signals Indonesia’s readiness to graduate from a voluntary carbon market into a compliance carbon market. As one would expect with such a substantial and wide-ranging piece of legislation, details on implementation will need to be fleshed out in future ministerial level regulations. The government agencies will be led by the Coordinating Minister for Maritime Affairs and Investment and will involve other Ministers such as the Minister of Finance, Minister of Environment and Forestry, Minister of National Development Planning, Minister of Energy and Mineral Resources, Minister of Industry, Minister of Transportation, Minister of Agriculture, Minister of Marine Affairs and Fisheries and Minister of Trade. We discuss the main concepts below.

The Regulation provides that government agencies, relevant ministries, governors, regents, and mayors (depending on their respective authorities) must take (and possibly involve the private sector in taking) the following steps in respect of climate change mitigation:

Separately, private sector participants engaged in sectors such as energy, waste, industrial process and product use, agriculture, and forestry, must take certain mitigation actions in their ongoing businesses as well as in any projects they undertake. This could include activities such as increasing the carbon efficiency of power generation and transportation, solid and liquid waste management, and plantation, farm, peatland, and mangrove management. We expect that more sectors will be included over time as the concept is proven and the market develops and matures.

Meanwhile, the Regulation has tasked the relevant ministries to establish caps on greenhouse gas emissions for the foregoing sectors, and to monitor and evaluate their implementation.

Just as with climate change mitigation, the government requires specific private sectors to take climate change adaptation action. For now, these sectors include food, water, energy, health, and the ecosystem1, and we expect that more sectors will be added.

At this stage, the Regulation prescribes a process similar to that for climate change mitigation (see points (1) to (4) in the section above). However, noting that adaption and mitigation activities and outcomes are quite different, we expect that the implementing regulations will provide a clearer picture on the state’s expectations.

The Regulation provides for the concept of setting emissions caps on certain participants within the sectors described in the sections above. These limits and their exact scope will be determined by relevant ministries in future regulations.

Under the Regulation, the government will use carbon economic value (“CAV”) as a tool to further climate change mitigation and adaptation. CAV can be implemented through the following mechanisms:

Before carbon can be traded, incentive payments or levies imposed, the carbon must be accurately tracked and valued via the valuation system described below.

The Regulation establishes the National Registry System for Climate Change Control (Sistem Registri Nasional Pengendalian Perubahan Iklim, commonly referred to as “SRN PPI”). The SRN PPI is the body that is responsible for monitoring carbon emissions within the context of Indonesia’s NDC target.

The measurement, reporting, and verification system determines the amount of greenhouse gas emissions and the data will be used to calculate the CAV and the performance of various businesses with respect to climate change mitigation and adaptation actions.

The Regulation requires businesses to register and report their performance of climate change mitigation actions, climate change adaptation actions, CAV implementation and climate change resources, to the SRN PPI. These reports (which must be filed at least annually) will be verified by the Ministry of Environment and Forestry and can be used as the basis for businesses to access green or sustainable financing or to participate in carbon trading. Businesses that fail to register and report may be subject to sanctions that will be detailed in subsidiary legislation.

In relation to CAV, businesses must (after submitting the required information to SRN PPI and receiving a verification from an independent validator) be verified by the relevant minister before they can acquire greenhouse gas emissions reduction certificates (“Certificates”). The Certificates can be used as evidence for greenhouse gas emissions reductions, to participate in carbon trading, to distinguish oneself to stakeholders as being environmentally responsible, to receive payments or compensation in relation to climate change mitigation (see below), as well as to serve as a basis for access to green or sustainable financing.

In both cases, the SRN PPI will play a significant role in managing the data gathered from the government’s monitoring and businesses’ reporting (including their CAV and Certificates). Carbon trading can be either domestic or foreign. However, in the case of international trading, the Regulation establishes two key rules for businesses: (i) international trading shall not reduce the Indonesian NDC target2 and (ii) prior approval from the relevant minister will be required. Further details will be set out in implementing regulations.

In addition to the carbon trading mechanism, businesses can benefit from certain economic incentives.

The Regulation provides for the concept of result-based payments if activities result in a verified reduction in greenhouse gas emissions or generate other benefits, such as ecological conservation.

The Regulation also provides that certain businesses or activities may be subject to carbon levies in the form of tax, duty, customs, or other levies.

Further details will be reflected in the regulations to be issued by the relevant ministries.

The Regulation spells into law the imperative to take climate change mitigation and adaptation action. In particular, it focuses on the notion of carbon economic value and establishes related pricing, trading and other economic concepts to incentivise market participants to reduce their carbon emissions.

The Regulation means that Indonesia is the second country in Southeast Asia (after Singapore) to regulate its carbon market. Although details of how the Regulation will be implemented will need to be ironed out in ministry-level regulations, it is clear that the Regulation is a huge step forward in Indonesia’s and Southeast Asia’s transition towards a greener economy.

1 This is the nomenclature used in the Regulation. It is quite broad but we expect implementing regulations to provide more clarity on the scope of this concept.

2 This reflects the language of the Regulation. It is possible that this is intended to mean that international trades will not be included in the calculation of emissions reductions when compared to the NDC target, but it is not clear at this stage.

This client alert is produced together with Jean-Louis Neves Mandelli and Kyle Koh of Shearman & Sterling LLP. 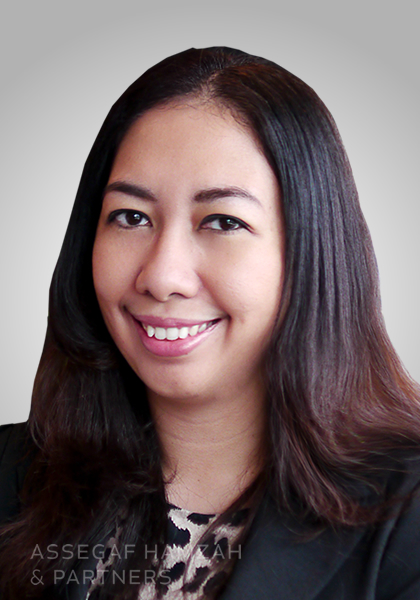