10 years after the enactment of the Language Law1, President Jokowi signed its implementing regulation2 last week. From the outset, the Language Law have raised alarm not only due to the additional burden imposed on contracting parties, but also on the uncertainties it creates. These uncertainties can be broadly categorised into three topics, namely timing, governing language and consequence on non-compliance.

Over time, the market has adopted a set of approach to address these uncertainties. While many hoped that the Regulation would affirm the market approach, especially in the light of promoting foreign investment in Indonesia, the Regulation seem to do the opposite. As discussed below, some issues remain unresolved and one might even argue that it fails to promote foreign investment, as well as the use of the Indonesian language.

As mentioned earlier, Article 26(4) of the Regulation affirmed parties’ right to agree on the governing language (which does not have to be Indonesian) in their agreement. Arguably, this choice must be recognised and honoured by the court.

While this affirmation is certainly welcomed, further reading of the Regulation brings up new questions, specifically with regards to timing of the execution of the Indonesian version.

Article 26(3) of the Regulation states that the native language of the foreign party and/or English language is used as an equivalent or translation [emphasis added] of the Indonesian version in order for the parties to achieve a common understanding regarding the agreement.

A strict reading of the above provision would mean that an Indonesian version of the agreement must be prepared first, with a non-Indonesian or English version to follow. In practice, this would be impractical as negotiations are often conducted in English with last minute changes to an agreement being not uncommon. As mentioned earlier, the market approach has been for the Indonesian translation to follow the English version, thus giving parties the time to translate their agreements. Inadvertently, the Regulation has presented a new issue that parties have to deal with.

It would seem that a prudent approach under the Regulation would be to sign the Indonesian version of the agreement at least on the same day as the signing of the non-Indonesian or English version as failure to do so may be used to argue for cancellation of the agreement. By mandating this concurrent signing, the Regulation is essentially requiring parties to prepare two versions of an agreement that must be updated concurrently to prevent delay to the transaction. This is challenging, especially when we consider all the moving pieces and parties involved in the finalising documentation and closing of a transaction.

Lack of Legal Implication or Consequences and Judge’s Discretion

As the implementing regulation to the Language Law, the major expectation was that the Regulation would finally offer some clarity on the consequences for non-compliance to the Language Law. Indeed, a ruling of the West Jakarta District Court in PT Bangun Karya Pratama Lestari v. Nine AM Ltd3 was a severe example of the consequence of non-compliance. In this case, the court ruled that an agreement involving an Indonesian party that is not in Indonesian language is null and void due to illegality.

However, under the Indonesian contract law, the element of lawful cause is tied to the essence of the transaction, not to its formalities. Clearly, the lack of an Indonesian version of the agreement is a formality. Here, the Regulation falls short of market’s expectation. By not explicitly stating the implication or consequences of non-compliance, the severe risk of an agreement being found void due to illegality (as in the Nine AM case) remains.

Unresolved Issues under the Regulation

The Regulation fails to address the needs of PT PMA. While PT PMA is treated as a foreign capital under the Indonesian Investment Law, the Regulation seems to treat them as an Indonesian entity hence a domestic party. This is problematic as a PT PMA involves a foreign party, either as an officer (director or commissioner), in addition to foreign shareholder/sponsor. Undoubtedly, they would be more comfortable if the agreements relevant to the PT PMA are not only signed in but also governed by the English language. Such comfort would in turn help promote foreign investment in Indonesia as targeted by the government.

Even if a transaction involves two Indonesian parties, English may still be the preferred language if such transaction is complex or involves a foreign third party, i.e. a lender, which needs to rely on certainty of a certain contract.

While it is clear that the Regulation does not have a retrospective effect, what happen to agreements executed on or after 30 September 2019 that are currently in the process of being translated pursuant to the widely adopted market approach?

Within the context of promoting the ease of doing business in Indonesia, the Regulation seems to have the opposite. While we fiercely support the government’s goal in conserving and advocating the Indonesian language as a living language, we believe that this goal can be achieved simply by adopting the current market approach of requiring an Indonesian version of all agreements and memorandum of understanding.

In addition, many had hoped that the implementation regulation to the Language Law would finally address the various issues created by the same law, especially on consequences of non-compliance. In fact, barely a month old, this long-awaited implementation regulation has already created confusion, especially in the context of complex corporate transactions that often do not allow any room for delay. 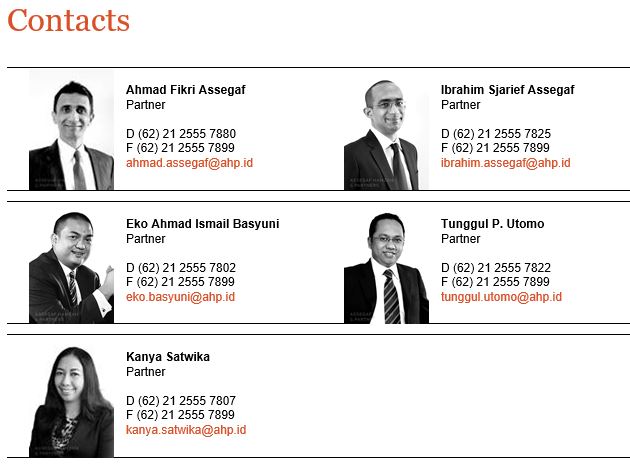