Backed with the intention to promote new investments in the oil and gas upstream industry, Indonesia’s Minister of Energy and Mineral Resources recently enacted a new regulation1 to replace the 13-year old regulation on upstream oil and gas data management and utilisation.2

Among the highlights in the new regulation is the introduction of access proliferation of declassified upstream petroleum data â€“ the same vision that was set out by the previous regulation, but was considered as lacking in implementation. Declassification of data would mean that data and information would be more accessible, which in turn would lead to an increased control over exploration risks and increased possibility and probability of a discovery.

However, the new regulation is an implementing regulation of Indonesia’s oil and gas law and upstream business activities regulation3 and consequently, the key regulatory restrictions (and sanctions) on data remains. In fact, the 2019 regulation imposes more obligations on PSC contractors. Further, it gave no definition of ‘upstream data’, and instead tasked the Minister to determine the scope of data to be classified as such.

These key changes will be elaborated below.

The Ministry of Energy and Mineral Resources has its own PUSDATIN, which is Indonesia’s Data and Information Technology Centre. Under the new regulation, PUSDATIN is responsible to establish an upstream data centre. This data centre is membership-based, although non-member can still access information on general data and declassified raw data. Members enjoy additional benefit as they can access declassified processed and interpretative data.

To ensure maximum benefit, the regulation allows one membership to be used by all affiliates of a PSC contractor.

It is expected that the data centre platform will be live by February 2020.

Under the new regulation, declassified data consists of any data of an area that has been relinquished by a PSC contractor or for which the confidentiality period has expired.

The confidentiality period of a data would depend on the granularity of the data:

Naturally, PSC contractors are required to purchase membership to the data centre and to comply with new data administration, management, storage and formatting standards under the new regulation. These requirements will, in turn, be elaborated further in a regulation that will be issued by PUSDATIN.

PSC contractors also have new reporting obligations to PUSDATIN (via SKK Migas), namely submission of data within three months as of the completion of data acquisition, processing and interpretation and annual report of its data management implementation. PSC contractors must also grant full access to MIGAS, PUSDATIN and SKK Migas.

Interestingly though, the new regulation does not set out sanctions for failure to comply with the above obligations. Specifically for violation of offshore data storage, the government may impose an appropriate penalty. The latter seems to have been included as the government recognises the inconsistent practice of the industry, particularly multinational oil companies, who often leverage their offshore expertise in managing, processing, and storing upstream data.

To resolve this, the government has introduced an initiative called ‘Data Amnesty’, which requires PSC contractors or other parties that are storing unaccounted upstream data to report such data within three months after the enactment of the new regulation (e.g. up until November 2019) and to return the data to PUSDATIN within one year as of the reporting. As an incentive for compliance, the government will allow PSC contractors or other parties to keep copies of the data in question.

In principle, upstream data belongs to the State and must be kept confidential within a certain period. Both the Oil and Gas Law and regulation on upstream business activities prohibit disclosure of confidential data to a third party and offshore data storage, except if these activities have been approved previously by the Minister.

Due to the broad language used under the law, the prohibition may cover physical or electronic data disclosure, including disclosure to the bona fide financiers, market authority, scientific presentation, and remote viewing.

Unlawful data transmission, delivery or transfer is punishable by a maximum one-year imprisonment of a company’s management and/or a maximum fine of IDR 10 billion, which can be increased to IDR 13.3 billion if the fine is imposed against a corporation. In addition, a person may be subject to a maximum of seven-year imprisonment under the Indonesian Criminal Code if they are found guilty of disclosing State secrets â€“ which may include upstream data.

As mentioned earlier, unlike the previous regulation, the new regulation leaves the scope of data being classified under the law open to the Minister’s interpretation. In addition, the regulation also leaves the standard of data management, administration, format and storing to be determined by PUSDATIN. Unfortunately, investors would be keen on examining these two areas prior to making investment in Indonesia.

Until further clarification from the Ministry and PUSDATIN is provided, it remains to be seen how the new regulation would encourage new investments in the oil and gas industry. 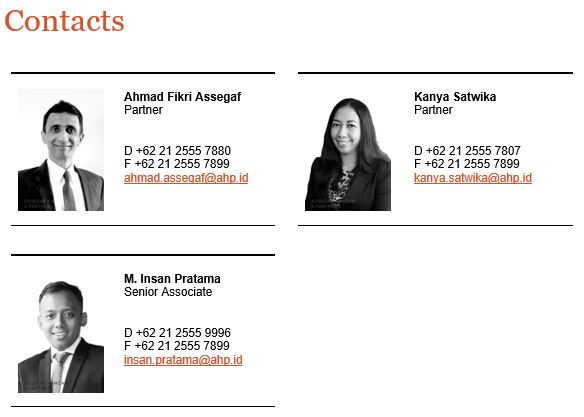