One of the said regulations, BKPM Regulation No. 14 of 2015 (on Guidelines and Procedures for Preliminary Licenses / the “Regulation”), was recently amended by BKPM Regulation No. 6 of 2016 (the “Amending Regulation”), which came into force on 8 June 2016. Among other things, the Amending Regulation provides greater clarity on the application of the Negative Investment List (Daftar Negatif Investasi / “DNI”) to listed companies. The DNI is a list of business sectors that are either completely closed, completely open or conditionally open to foreign investment.

Article 25 of the Regulation provides that a listed domestic investment (penanaman modal dalam negeri / “PMDN”) company that “has a foreign shareholder whose name is required to be stated in its articles of association as a result of a change in its capital structure becomes obligated to change its status to that of a foreign direct investment (penanaman modal asing / “PMA”) company. A “change of capital structure” includes changes in the amount of the company’s capital, shareholding percentages, identities of shareholders, and/or countries of origin of shareholders.

The Amending Regulation adds an additional paragraph (paragraph 3a) to the aforesaid Article 25, providing that in the event of a PMA company taking out a listing on the stock exchange, then such PMA company will be treated as being exempt from the foreign investment restrictions set out in the DNI.

The change brought about by Article 25(3a) is significant as it means that a PMA company that takes out a stock-market listing will no longer be subject to the DNI.

This should effectively clarify the current uncertainty in the market. Prior to the Amending Regulation, the BKPM had always taken the view that a listed PMA company should be treated in the same way as a non-listed PMA company if the controlling shareholder of such company was not Indonesian. This resulted in indirect and portfolio investments (i.e., investments made through the stock market) being expressly brought within the ambit of the DNI despite the DNI providing a specific exemption from the foreign ownership restrictions in the case of indirect and portfolio investments.

Nevertheless, the Amending Regulation only provides a modicum of guidance on the issue and fails to address other critical issues pertaining to the applicability of the DNI to listed PMA companies, such as their continued PMA status post listing. As the DNI will effectively no longer apply to listed PMA companies by virtue of the Amending Regulation, ideally no listed company (whatever the nationality of its shareholders) should be treated as a PMA company. This would mean that the various obligations that attach to PMA status (such as the requirement to obtain prior approval from the BKPM for a change in capital structure) would no longer be applicable to a listed company of any type. Unfortunately, the Amending Regulation is silent as to these issues so that they will ultimately fall to be determined based on the BKPM’s discretion.

How will the Amending Regulation be applied?

The BKPM has a great deal of discretion in interpreting the laws and regulations related to foreign investment. In the light of this, as well as historical experience, we remain cautious in our expectations as to how Article 25(3a) will be applied in practice, given that what happens on the ground is often markedly at variance with what one would expect it to be if one were to be guided solely by the letter of law. 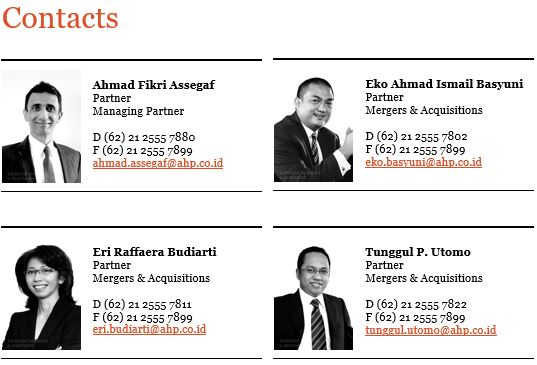