As part of the overall effort to encourage more micro, small and medium enterprises (“MSME”) to incorporate, the government, by virtue of Government Regulation No. 7 of 2016 (the “Regulation”), has relaxed the authorized capital requirement for such enterprises in a situation where the net assets of one or all of the founders of an enterprise satisfy the criteria for classification as an MSME.

Under the Micro, Small and Medium Enterprises Law (No. 20 of 2008), for an enterprise to be classified as an MSME, the following financial criteria must be satisfied:

As with the Companies Law, the Regulation requires that at least 25 percent of authorized capital must be fully paid up, as evidenced by proof of payment. In addition, the Regulation stipulates that such proof of payment must be sent electronically to the Minister of Law and Human Rights within not more than 60 days of the signing of the company’s deed of incorporation.

Existing companies are unaffected by the Regulation, while companies that are in the process of incorporation will continue to be processed under the provisions of the Companies Law.

The Regulation entered into effect on 22 March 2016. 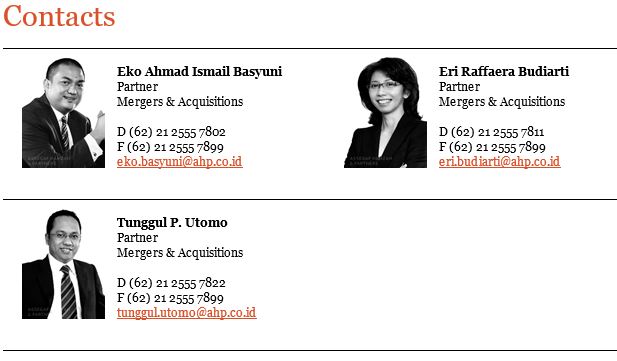