New Regulation on Investment: Improved Clarity in Some Areas, but Questions Remain

As part of the Indonesian government’s continuous effort to improve ease of doing business in Indonesia, the Head of the Indonesia Investment Coordinating Board (Badan Koordinasi Penanaman Modal or “BKPM“) issued Regulation No. 13 of 2017 on Guidelines and Procedures for Investment Facilities and Licensing (“Regulation 13“) on 4 December 2017.

Prior to Regulation 13, the regulatory framework governing direct investment (which includes the regulations listed below) was generally perceived to be rather cumbersome and disorganized. Regulation 13 aims to streamline the framework as far as possible. It repeals and replaces the following regulations:

While Regulation 13 reiterates the rules as set out in the regulations it replaces, it also introduces a number of new provisions that clarify existing uncertainty in the market. This alert provides a snapshot of this new important regulation in the Indonesian direct investment realm.

Previously, all companies intending to invest in Indonesia were required to follow a two-stage process in applying for the BKPM’s approval. This involved, first, applying for the so-called in-principle license (izin prinsip) and subsequently, once the investment company (either a foreign direct investment (PMA) company or domestic direct investment (PMDN) company) has commenced operation or production, the business license (izin usaha).

Under Regulation 13, not all companies must go through this two-step process. Companies engaging in certain types of business can immediately apply for a business license and commence operations no later than 1 year after the business license is granted.

Companies that qualify for the above rule are those that:

Based on these qualifications, it appears that non-industrial/construction companies will be the main benefactors of this newly-introduced rule. These companies may include trading and service-based providers.

Note, given point No. 3 above, and if investors wishes to apply for the business license immediately, they will need to set up the company prior to applying for the business license from BKPM. The downside to this new rule is that if BKPM decides to decline the application for whatever reason, investors will be left with a company that they now cannot use to run their planned business operations. In such cases, the investor would either need to liquidate the company, sell it to another party or look for another line of business.

Similarly, point No. 3 will be problematic if we look at it from an M&A perspective. As an illustration, consider an acquisition by foreign parties of a non-PMA target company, operating in a non-industrial/construction business. Under the legal framework preceding Regulation 13, that target company would have needed to secure the following documents:

The scenario above is risk-minimum because the buyer will pay consideration of the acquisition only after the critical requirement of the deal (i.e. obtaining BKPM approval) has been completed.

Regulation 13 now reverses this process, in that the requirement to obtain MOLHR documentation (be it an acknowledgement letter and/or approval from MOLHR) is a prerequisite to applying for the BKPM approval (now, in the form of a business license). In this respect, parties to the transaction (especially on the buyers’ side) are now exposed to risk due to the potential likelihood that after obtaining the MOLHR acknowledgement letter and/or approval (and after payment of the consideration has been made), the business license from BKPM is not issued for whatsoever reasons. In light of this new rule, we understand that it may be difficult to implement it into the M&A common practice in Indonesia, considering this may likely pose a risk to any of the parties involved in the transaction.

Regulation 13 introduces greater leniency to foreign investors planning to invest in the property development sector. Under the previous regulation, PMA companies (including those engaged in property development business) were required to have a minimum investment value of at least IDR 10bn (excluding land and buildings). This significant minimum requirement is problematic, primarily for property PMA companies. With Regulation 13, BKPM allows such companies to include land and buildings when calculating their investment value, easing the difficulty for these companies to meet the minimum IDR 10bn threshold. This exemption will only apply to property PMA companies that own the following types of properties: (i) an entire building; or (ii) an integrated residential complex.

As is widely understood amongst market participants, Indonesia’s investment law prohibits nominee arrangements between foreign investors and domestic nominee shareholders (Article 33 of Law No. 25 of 2007 on Investment, “Investment Law”). Recognizing that such illegal practice remains popular and continues to exist in the country, Regulation 13 empowers BKPM in certain situations to request investors to provide a signed and notarized (waarmerking) statement confirming that they will not act as a nominee of a foreign party.

The previous regulations permitted Indonesian venture capital companies to hold shares in an investment company (be it a PMA or PMDN company), but only for a limited period – being a maximum of 10 years, extendable for another 5 years. Regulation 13 expands this rule, allowing the 5-year extension period to be renewed up to twice. In practice, this is likely to be very beneficial for companies (particularly start-ups) in need of help from venture capitalists, as it will provide more time for such companies to work with and obtain (financial and non-financial) assistance from venture capital companies.

Greater Clarity on the Divestment Rules

Several issues dealt with under the regulatory framework preceding Regulation 13 (including Head of BKPM Regulation No. 14 of 2015) are as follows:

Now, Regulation 13 provides greater clarity with respect to the divestment issue, and addresses the right of the PMA company to waive the divestment obligation. It appears that BKPM realises that the divestment rule, which is a legacy from the pre-Investment Law regime, is burdensome for investment companies. To ease these problems, Regulation 13 sets out the criteria for several waivers that may be available to PMA companies, as follows:

In order to exercise the waiver, the shareholders of the PMA company must document the above in a resolution of the General Meeting of Shareholders, and submit this resolution to BKPM. However, it remains to be seen how BKPM will handle this process, and what the likelihood will be that BKPM rejects the waiver request.

Under the preceding regulatory framework (i.e., Head of BKPM Regulation No. 14 of 2015), subsidiaries of a company that had just converted to a PMA company were required to follow suit within 1 year of the parent-company PMA’s in-principle license being issued. Regulation 13 regulates these rules verbatim but with a small caveat that the timeframe for carrying out the conversion is when the subsidiaries in question undergo a ‘corporate action.’ The regulation is unclear on what a corporate action refers to. Until the date of publication of this alert, no clarification from BKPM has been obtained. Pending such clarification, the term corporate action may be defined as strict (e.g. only any action of the subsidiary that requires BKPM approval) or loose (e.g. any action of the subsidiary that requires or that does not require BKPM approval) as possible.

Article 21 of Regulation 13 sets out a few provisions in respect of how the Negative Investment List (Daftar Negatif Investasi) – which determines the business sectors in Indonesia that are either completely closed, completely open or conditionally open to foreign investment – applies to listed companies. Article 21 specifically provides as follows:

Generally, BKPM considers a KPPA to be a temporary office entity that a foreign company will establish prior to or in preparation for setting up a permanent office. As such, the KPPA system is designed to be a short-term solution, and previous BKPM regulations (Head of BKPM Regulation No. 15 of 2015) restricted the time for which a KPPA permit could remain valid to a total of 5 years (3 years for the initial validity period, extendable for one year up to twice). Regulation 13 amends this restriction by providing that a KPPA permit will be valid for 3 years, and extendable for as long as the parent office (i.e., the foreign company) intends. The parent office will set out its terms with respect to this period through an appointment letter granted by the parent office to the KPPA. Given this, though subject to BKPM’s confirmation, a KPPA’s permit may be extended for as long as its parent office wishes.

This ‘amnesty’ period is only valid for 6 months from the date Regulation 13 came into effect – 2 January 2018 for BKPM and 2 July 2018 for regional investment coordinating bodies. 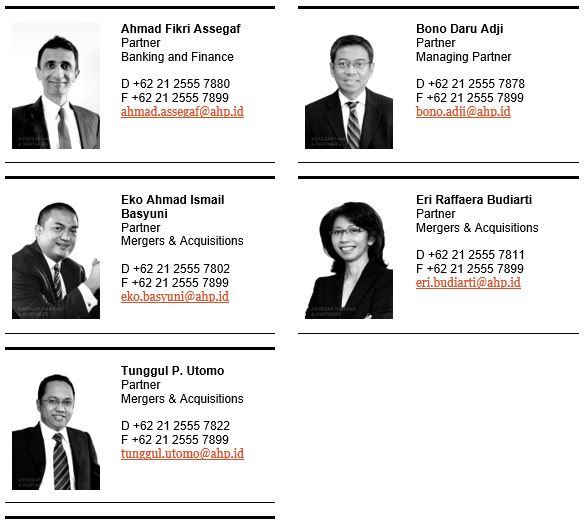