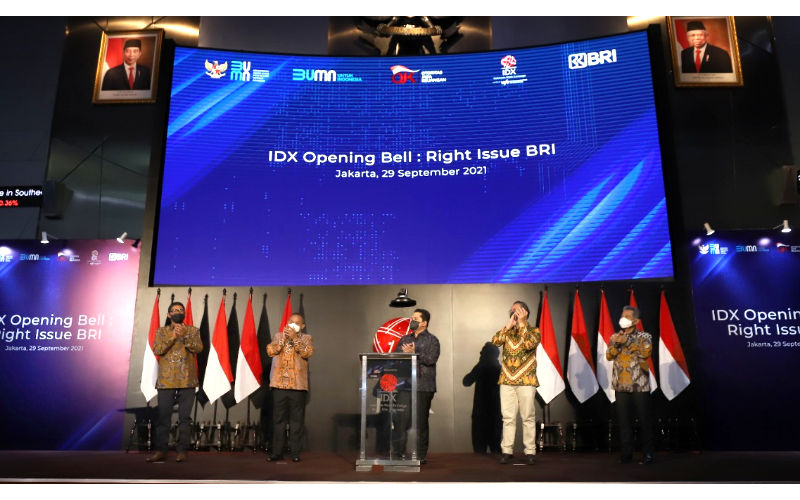 This week, PT Bank Rakyat Indonesia (Persero) Tbk (“BRI”) officially completed its rights issue, which is the largest rights issue in Indonesia and Southeast Asia to date. BRI raised up to IDR96 trillion (approximately USD6.7 billion) from the rights issue and the funds raised will be allocated to the newly established ultra-micro state-owned enterprises (“SOE”) holding group and ecosystem with BRI as the holding company. Besides BRI, the SOE group consists of two other SOEs besides BRI, namely PT Pegadaian (Persero) (“Pegadaian”) and PT Permodalan Nasional Madani (Persero) (“PNM”). By establishing this ultra-micro holding group, the government hopes to further facilitate convenience in lending by lowering cost of borrowing funds, as well as widening financial inclusion and accessibility, especially the ultra-micro segment (those who require financing below IDR 10 million).

“We are delighted to have participated in this game-changing transaction and it was our honour to see the transaction from its inception all the way up to the execution,” said AHP’s Senior Partner Ahmad Fikri Assegaf. “The impact of this transaction, specifically on the ultra-micro segment, will be significant and we will see accessibility and penetration at a level that we have never seen before.”

Partner Indira Yustikania added: “We are proud to have assisted BRI in this milestone. We are especially proud of our team, all of whom worked relentlessly and tirelessly to achieve a successful closing.”